Ashburn is a census-designated place in Loudoun County, Virginia. As of the 2010 United States Census, its population was 43,511. It is 30 miles northwest of Washington, D.C. and part of the Washington metropolitan area.

Ashburn was originally called Farmwell (variant names include Old Farmwell and Farmwell Station) after a nearby mansion of that name owned by George Lee III. The name “Farmwell” first appeared in George Lee’s October 1802 will and was used to describe the 1,236 acre (5.0 km²) plantation he inherited from his father, Thomas Ludwell Lee II. A section of Farmwell plantation west of Ashburn Road, a 580 acre (2.3 km²) tract, was purchased in 1841 as a summer home by John Janney, a Quaker lawyer who nearly became Vice President of the United States. Janney called the property Ashburn Farm; the name’s first known appearance in writing is 1870, when he sold the property. It is likely he named the farm after family friends whose name was “Ashburn”.

The Ashburn area consists of many major and minor subdivisions such as Ashbrook, Ashburn Farm, Ashburn Village, the Courts and Ridges at Ashburn, Belmont Greene, Belmont Country Club, Broadlands and the Village of Waxpool. 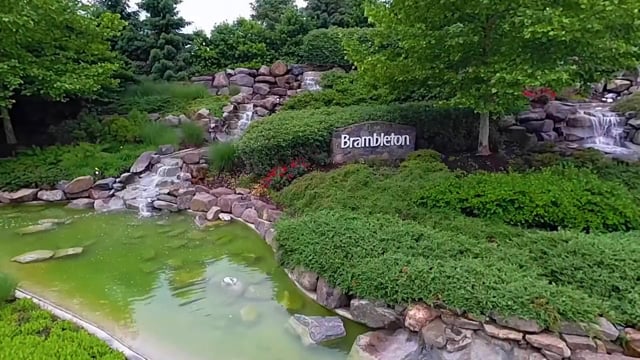 Brambleton boasts a wide array of neighborhood parks and easy access to over 12 miles of a paved trail system.